Although she's been wearing a diamond ring since last October, Christina Ricci officially announced her engagement this week. In an interview with Us Magazine, Christina confirmed that her boyfriend of one year,  James Heerdegan. 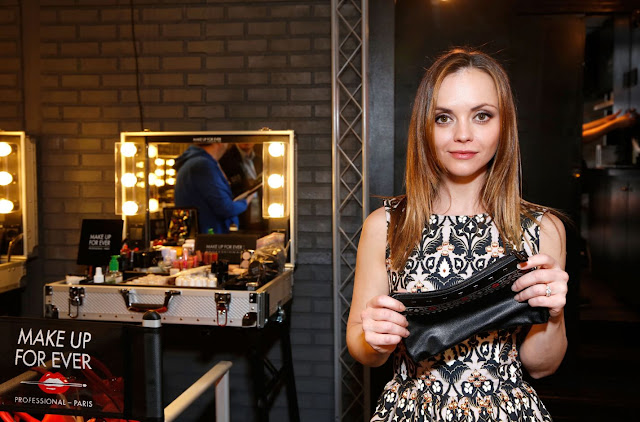 This isn't the first time they've kept their relationship status under wraps. After Christina and James met on the set of Pan Am, they kept their dating quiet until last February. James worked behind the scenes on the show, of which Christina was a star.
Christina hasn't said much about how the wedding plans are coming along, or whether they have the date set.  (She did mention that they didn't have anything planned for Valentine's Day, so we might be able to rule out a February 14th wedding date!)
With such a stunning sparkler on her hand, we're guessing that the couple will have something really fantastic planned for the big day. What do you think we'll see from Christina and James?
If you're recently engaged, you should start planning now. If you want to discuss plans for your big day, get in touch!
Posted by Orange County Chair Covers Rental at 7:17 AM

Orange County Chair Covers Rental
Costa Mesa, California, United States
Bella Event Services provides rentals of chair covers, tablecloth linens, napkins, charger plates and accessories in orange county for wedding receptions and other events. We are a small but very professional home-based business located in Costa Mesa, CA and have been in operation since 2008. Chair covers are used to cover banquet style chairs during formal weddings and other events. This enhances the appearance of the chair and improves the ambiance of the reception hall. Chair covers are an essential part in the look and feel of a wedding reception. Our chair covers are truly unique and the difference can be easily perceived. While there is a variety of different styles of banquet chairs and each has slightly different dimensions, our one size fits all chair covers are made out of a polyester/spandex base fabric with a stretch factor that can fit and mold to each chairs’ shape giving it a perfect fit and slick look. Chair covers are available in white, black, ivory and satin gold. In addition, our satin sashes give it a very elegant, richer color to the decor. Our wide range of colors and shades can match your color scheme and wedding theme.